Owon USB scopes are great and I carry one in my robotics bag, but they aren’t ideal for field use because they take too much time and space to setup (laptop, wires, …).  So I purchased a the low-cost JinHan handheld oscilloscope and so far, I’ve been pleasantly surprised.  I bought the JDS2023 on AliExpress for $113 shipped via DHL (quickly); it integrates a 200MS/s dual channel 20MHz digital o’scope with a 5MHz signal generator in a remarkably small, light package.  It has a bright, readable 3.2″ LCD color display and a reasonably intuitive UI (I never needed the manual) although the addition of even a single knob would make the UI better.  It offers all the basic scope functions including automatic frequency and p-p amplitude measurements.  The Auto button does its job well.

The company makes several models with a variety of speeds and features such as the JDS2012A that integrate a scope and multimeter.  However, I prefer to keep carrying my UT136B meter which is smaller, easier, more functional (as a meter), and cheap enough that I won’t care when students lose or destroy it.  For advanced diagnostics or impromptu demonstrations, the JDS2023 will replace the Owon USB scope in my robotics bag

EEVBlog does a teardown of the JDS2012a.  The user manual is here.

The scope comes well packaged and includes a single 6100 (ostensibly 100MHz) scope probe, BNC to alligator-clips cable for the signal generator, USB cable, and separate battery charger.  It does not include the required 18650 lithium battery (probably due to air shipping restrictions) or a carrying case…but what do you expect for $113?  Power over the USB cable will run the scope.

I haven’t seen anything close to this level of functionality at this price.  If I need more, I’ll probably step up to the Owon HDS1021M-N or UNI-T UTD1025CL, but they are twice the price, considerably larger, and sans signal generator.

I tested it quickly using a lab-grade RF signal generator and confirmed the 20MHz bandwidth specification; it clearly shows at least 10 points per cycle of the sinewave (validating the 200MS/s specification) and there is no amplitude compression of the 0dBm signal (nominally 0.632vpp into a 50-ohm load – this is unloaded so it correctly shows 2x vpp); the analog front end 3dB compression point is somewhere north of 40MHz. 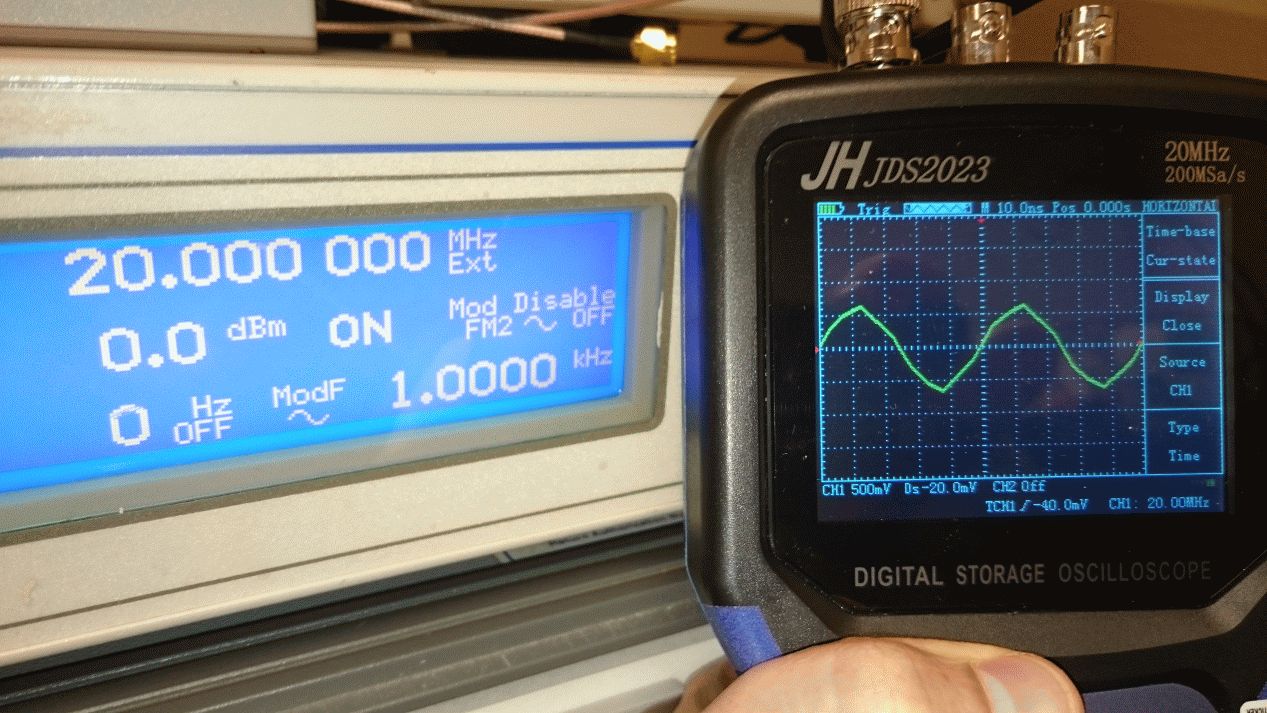 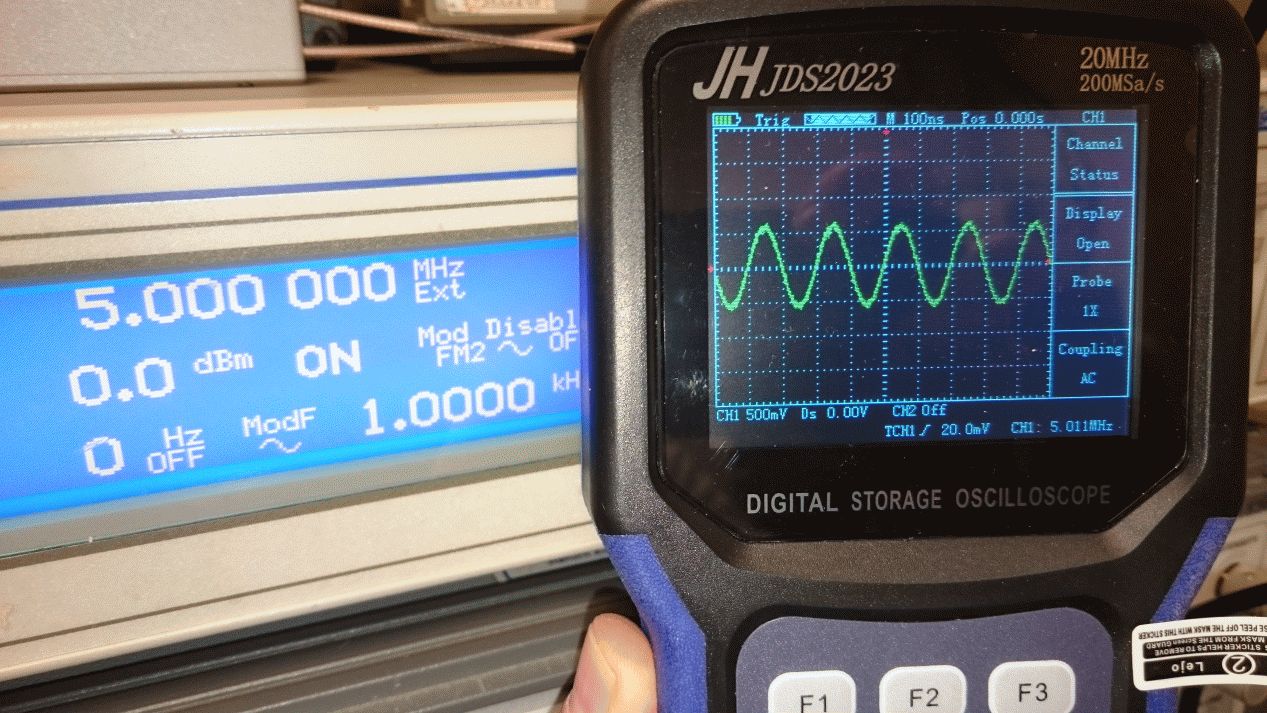